"The guidelines and standards published by SIGTTO were very helpful especially during the construction phase of the Terminal. With help and guidance of SIGTTO standards, members can gain considerable advantages to avoid possible deficiencies and poor investment decisions."

Etki Liman İşletmeleri Doğalgaz İthalat ve Ticaret A.Ş (also known as Etki LNG Terminal), is a marine terminal nearby Aliağa, Turkey on the coastline of the Aegean Sea and has a T-shaped jetty in 415 meters of length with the installation of breasting and mooring dolphins and high pressure gas platform. 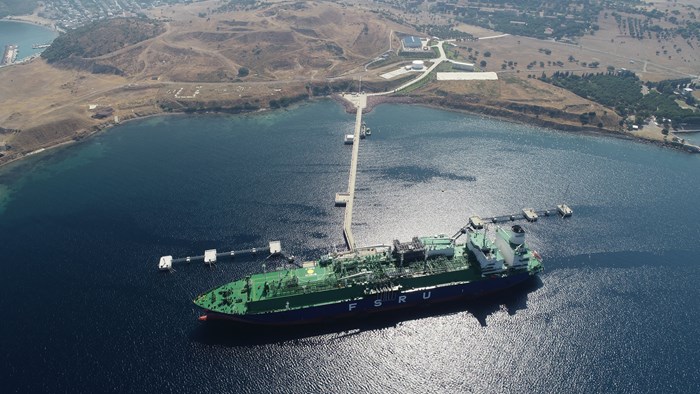 Etki LNG Terminal was constructed in May 2016 and started up operations in December 2016. The overall infrastructure developed includes a jetty and an onshore gas pipeline to connect the terminal to the national gas transport grid.

Etki LNG Terminal provides supply flexibility and plays a critical role in overall gas supply mix for the country. The location of the facility is also critical as it can be accessed from the open sea without increasing the tanker traffic in Turkish straits.

The Terminal is designed in compliance with the international standards to provide a berth for a very wide range of conventional and Q-flex LNG Carriers which are found to be compliant as per a case by case “Compatibility Study Process” (Approval & Vetting Procedures) and satisfying the berthing & size limitations.

The Etki LNG Terminal is an unconventional also called hybrid LNG receiving and regasification facility which consists of a steel piled and concrete capped jetty which encompasses berthing and mooring facilities for a 170.000 cbm Floating Storage and Regasification Unit (FSRU) utilized for the import, storage and regasification of Liquefied Natural Gas. FSRU is equipped with GTT Mark III tanks made of a reinforced membrane surrounded by ballasts tanks with double bottom and double side structure. Its total storage volume is 170.000 cbm, distributed among four cargo tanks. LNG stored in tanks at atmospheric pressure and at about temperature of (minus) -162 °C, are heated, vaporized, pressurized and sent to grid in accordance with the onshore demand. A double-shell reinforced insulation system protects the load from exposure to heat exchange with the environment and reduces the rate of evaporation of the liquid. The regasification plant located on the FSRU has an aggregate capacity of 1.000 mmscf/d with four regasification units. In addition, it has systems for handling the "Boil Off Gas" (BOG) generated in the process as well as using it as fuel for the auxiliary systems as may be required.

The terminal jetty fendering and mooring arrangements are designed to moor the mooring wires with tails in accordance with OCIMF guidelines. The design of the berth and the FRSU mooring arrangements permits two vessels to be moored in a double-banked configuration while conducting LNG STS transfer operations with the outboard (seaward) LNGC discharging into the FSRU and the FSRU conducting regasification of LNG and delivering high pressure natural gas via purpose-built high pressure gas marine loading arms. Natural gas is transferred from MLA to the shore and national pipeline through a flow metering station.

Etki LNG Terminal has Integrated Management System which was certified by RINA and accredited by ANAB. IMS includes ISO 9001:2015, 14001:2015 and 45001:2018 provisions. Besides that, ETKİ Terminal has been inspected by major oil companies so far and has clearance by SHELL, BP, TOTAL, Qatar Gas and Nigerian LNG.

Since the start of its operations in December 2016 until the end of November 2020, Etki LNG Terminal unloaded 127 LNG cargoes. Terminal was visited by 40 different vessels, originating LNG from 9 different countries and 20 different LNG liquefaction terminals. Etki Terminal regasified and sent to grid over 11 bcm natural gas.

Etki LNG Terminal is proud of being a full member of SIGTTO since 1st July 2018, with continuous membership from 1st July 2016. SIGTTO’s members represent nearly all the global LNG business and more than half of the global LPG business. Therefore, our membership of SIGTTO is very valuable to achieve our aims in promotion of high standards and best practices in LNG industry. The guidelines and standards published by SIGTTO were very helpful especially during the construction phase of the Terminal.

With SIGTTO membership and business reputation we, as Etki LNG Terminal, comply with The International Standards to ensure operational security and technical integrity of the international transportation chain for Liquefied Natural Gas. Joining of the regional forums and participation in study groups organized by SIGTTO are valuable opportunities that members can benefit from.

In conjunction on the technical matters, reaching the regular updates on matters affecting the industry such as legislations, technical or operational developments shared by SIGTTO are also very important for effective management and improvement of the systems and processes commonly used in the industry. With help and guidance of SIGTTO standards, members can gain considerable advantages to avoid possible deficiencies and poor investment decisions.